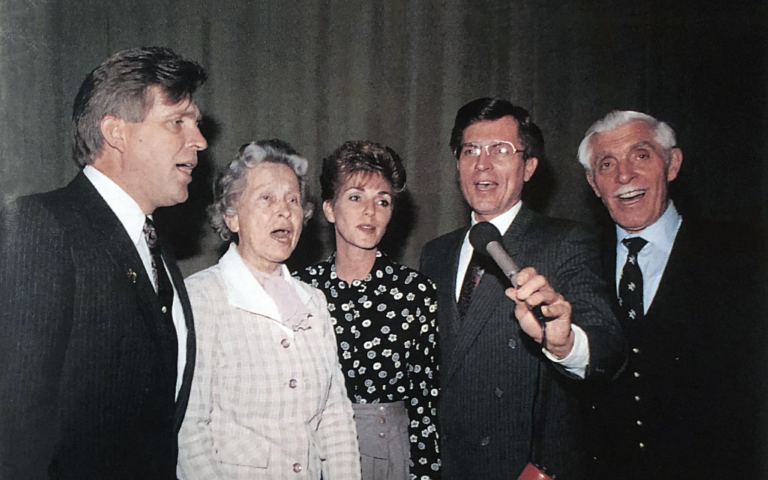 Before he became Lonnie Melashenko, Global Evangelist, he was a shy boy from the prairies of Saskatchewan.

During his first five years of elementary school, Lonnie was taught by his father Joe in a one-room schoolhouse with 14 other children. Their home didn’t have indoor plumbing or electricity. And there certainly wasn’t much opportunity for the shy child to emerge from his shell.

“I wouldn’t even raise my hand in class out of fear of embarrassment,” says Melashenko of those early years. “My first ever speaking engagement was in a 7th or 8th grade public speaking contest and I was terrified.” 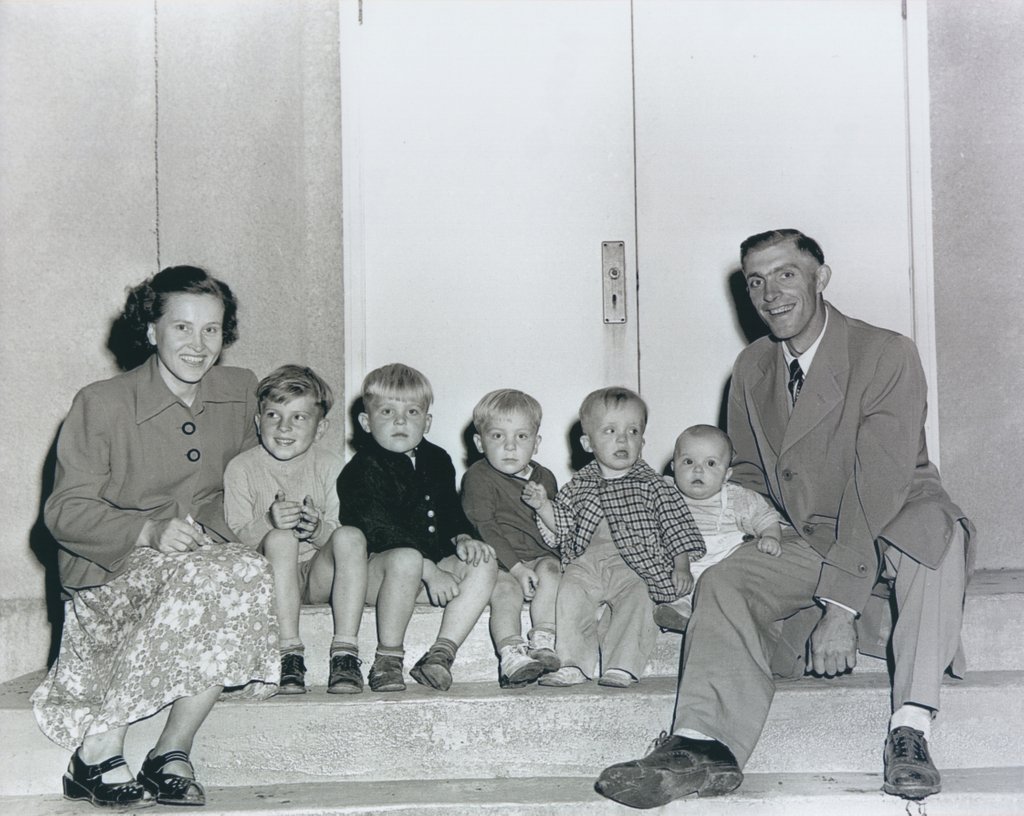 Joe and Anne Melashenko with their sons Lonnie, Joedy, Dallas, Eugene, and Rudy in the early 1950s. Photo courtesy of Voice of Prophecy.

Fast-forward through his youth, four years at La Sierra University (then La Sierra College), seminary, and 50 years of ministry, and today we find Melashenko and his wife Jeannie living in Sun City West, Arizona, busier than ever with a huge new video project for Hope Channel.

Many in the Seventh-day Adventist community know him as the recipient of numerous awards for excellence in broadcasting and as a world ambassador for the broadcast industry, his church, and his alma mater. But the voice he has become known for wasn’t always one that was heard. 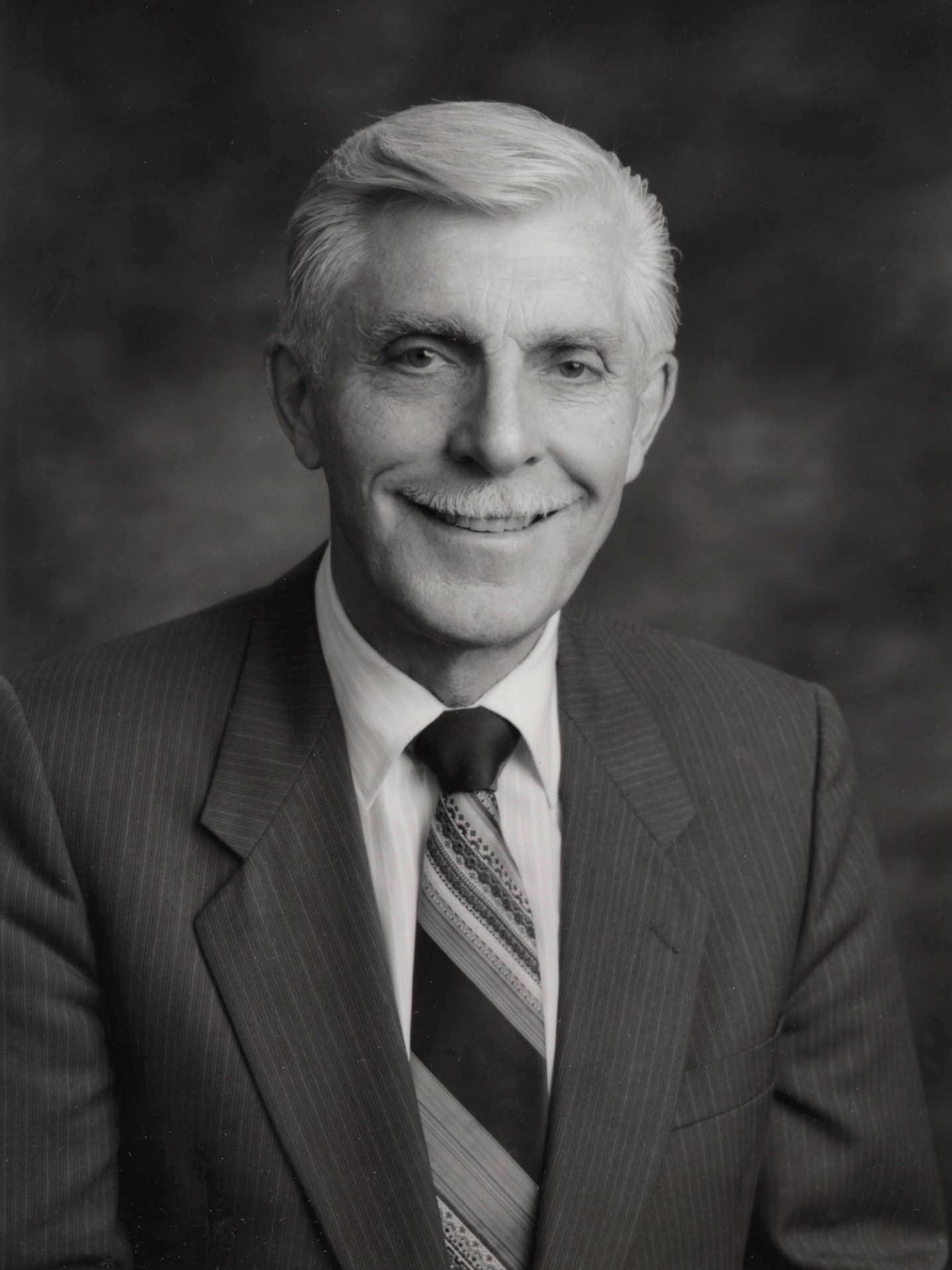 Elder Joe Melashenko had a huge impact upon his son Lonnie’s ministry. Joe passsed away in 2013. Photo courtesy of Lonnie Melashenko.

Melashenko says his father—who became known worldwide as the bass singer in the King’s Heralds Quartet—was an inspiration for his own pastoral ministry.  When Joe was called to serve in the Southern New England Conference in 1957, the family was “suddenly transported to civilization,” Melashenko recalls.

While Joe was enthusiastic and vocal (he had been known as the “Voice of the Deep” back home in Canada), Lonnie wasn’t. The young Melashenko’s first real preaching engagement came when his youth pastor in Hagerstown, Maryland, challenged the academy’s seniors to hold a Youth for Christ type campaign. “It was pitiful,” he remembers. It wasn’t until he began his college journey at La Sierra that things began to change.

“La Sierra was a huge cultural awakening for me because I had only attended very small schools. It was an excellent, marvelous experience for me,” says Melashenko of his time at the college. “When I got there I was still very shy, but my speech class really helped, and here I am now on radio and television.”

During his years in Riverside, Melashenko’s sweetheart Jeannie—whom he had met during their senior year at Mt. Aetna (now Highland View) Academy—was studying at Columbia Union College. Their long-distance relationship stayed steady, and they were married in August 1967. After La Sierra, the couple moved to Michigan where Melashenko earned his Masters of Divinity at Andrews University in 1970. 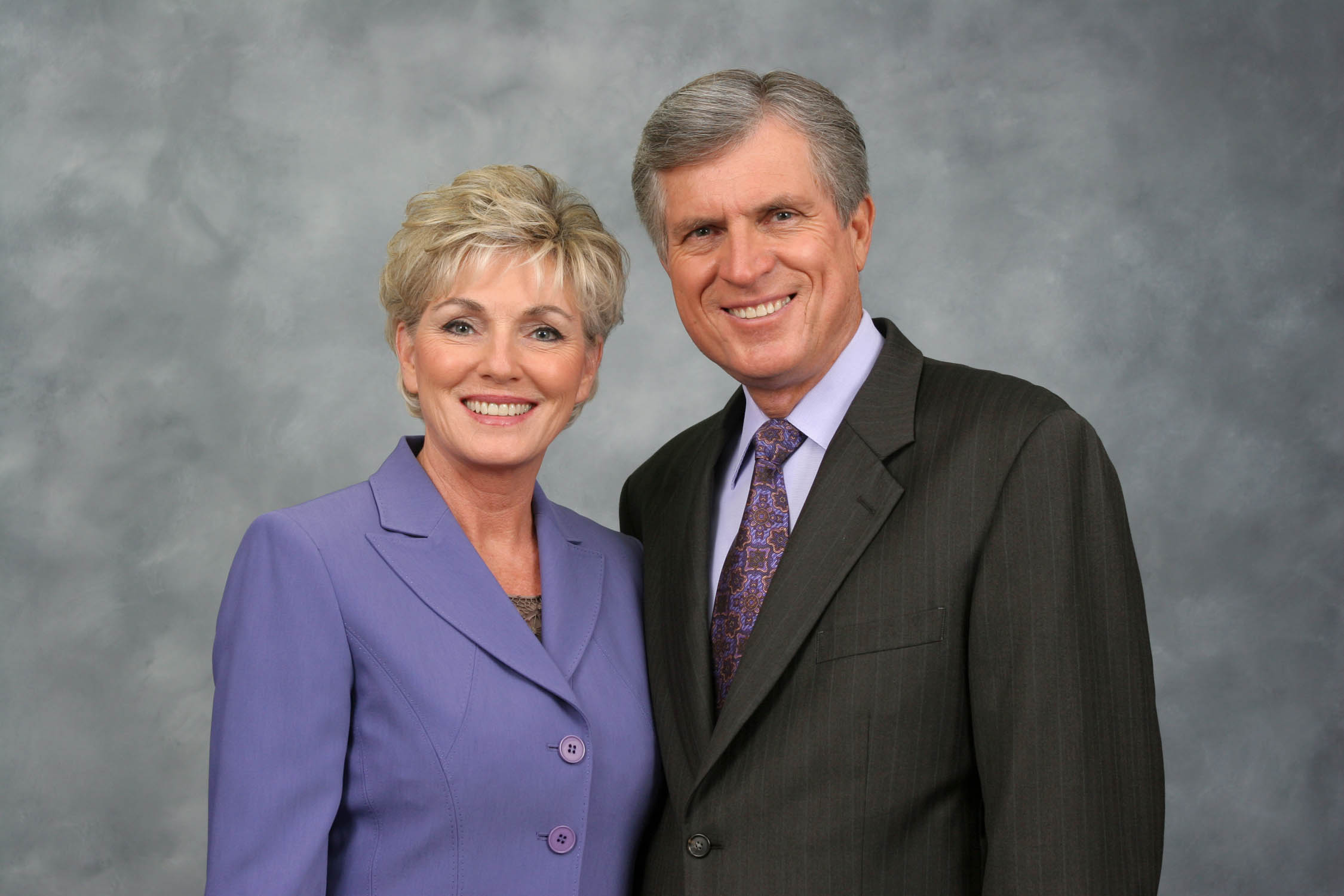 Despite the strides he had made in overcoming shyness, particularly in the realm of public speaking, Melashenko says he never aspired to get into a big church or media work.

“I had two requests of the Lord on my prayer list; one, not to be sent to a large city, and two, not to go to a large church. The Lord turned the tables and forced me to grow in my service to Him,” he laughs.

Becoming a Voice for ‘It is Written’ and ‘Voice of Prophecy’

“When the Adventist Media Center was formed in Southern California, I was pastoring the church in Camarillo, CA,” Melashenko recalls. “The founder of ‘It Is Written’, George Vandeman, invited me to be his protégé in 1977 as he was preparing for retirement.”

Vandeman and Melashenko went all over the English-speaking world conducting 200 to 300 one-day “Revelation Seminars” per year. It was challenging at first to completely break out of his shell, but eventually all lingering traces of the younger pastor’s shyness disappeared. “I also did TV commercials for our books and a regular segment called ‘Prayer Alert’ in which we featured prayer experiences and miracle stories,” says Melashenko.

His work with ‘It is Written’ soon became a family affair. Although Jeannie was also shy, she had done a small amount of on-air voice work for a radio station in Frederick, MD. “[She] thought that was the end of it. But when we got to ‘It Is Written’ she found herself beside Mrs. Vandeman greeting tens of thousands of people, being on panels talking about healthy living, and [even] became my co-host for some program segments,” laughs Melashenko. 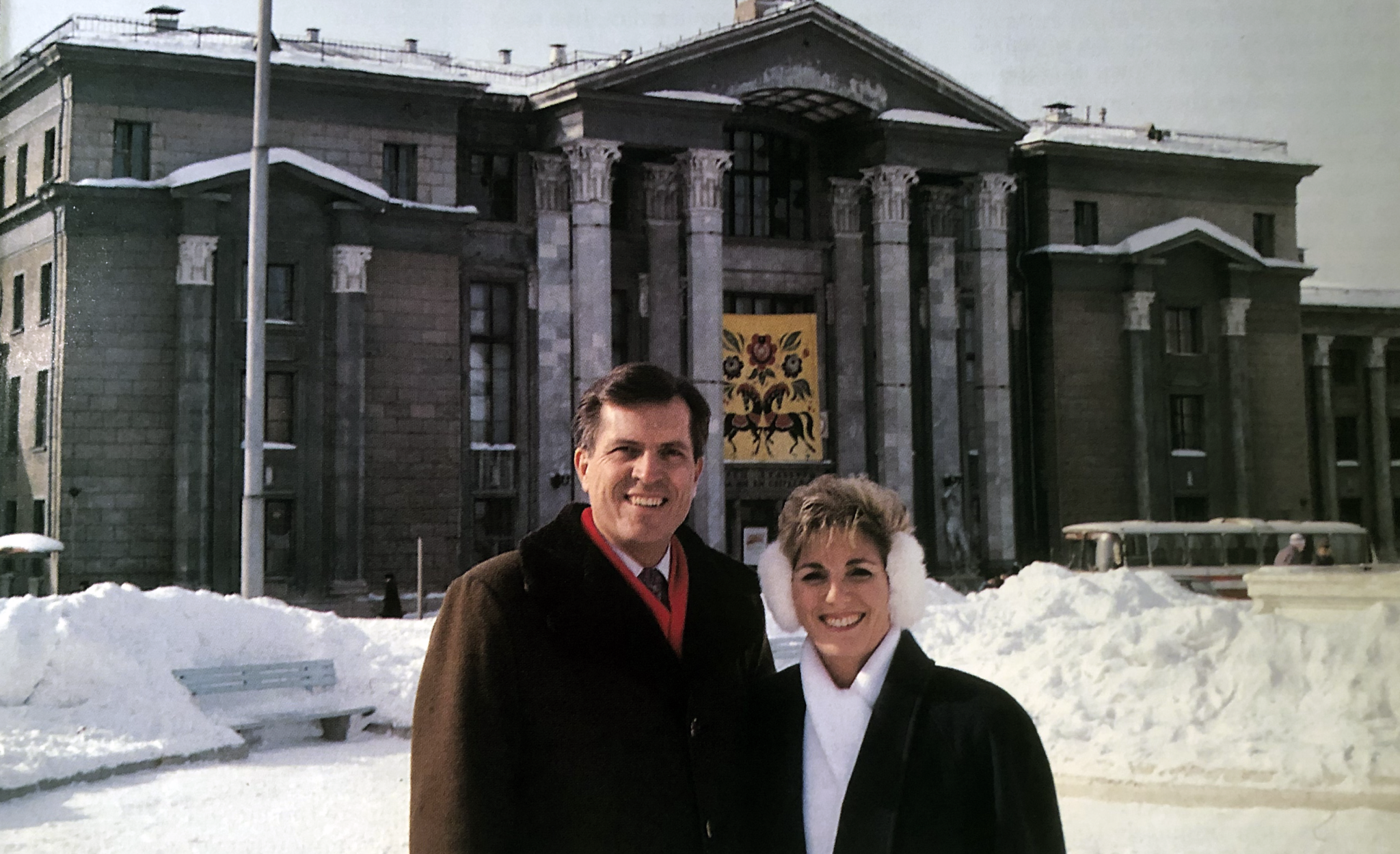 Lonnie and Jeannie Melashenko in Russia, in front of the Sverdlov Palace of Culture. The palace was the location of Voice of Prophecy evangelistic meetings. Photo courtesty of Lonnie Melashenko.

Viewers and listeners would never know that Jeannie had been as reserved as her husband. “She comes across so beautifully—poised, warm, and dignified, and has been by my side in so many significant ways throughout my career,” he says.

In 1981, Melashenko returned to full-time pastoring and served the 1,400-member church in Paradise, CA. But his time “on the air” wasn’t over. In 1989, he received an invitation from Harold Richards asking him to come on board as associate speaker at ‘Voice of Prophecy’. For two years, Melashenko flew to Burbank once every month to record special segments and announcements for the following month of broadcasts – all this, while continuing to serve in Paradise. Two years later in 1991 he left his pastorate and joined ‘Voice of Prophecy’ full-time.  He served as its Speaker-Director for more than 17 years.

“I’ve had the privilege of working with some of the most amazing speakers—George Vandeman, H.M.S. Richards—and while at ‘It Is Written’ and ‘Voice of Prophecy’ I also worked with incredible writers. I just can’t say enough about David Smith, John McLarty, Ken Wade, Bob Edwards, Tim Crosby, Kenneth E. H. Richards, Karl Haffner, Clifford Goldstein, Gordon Bietz, and others,” Melashenko remembers. 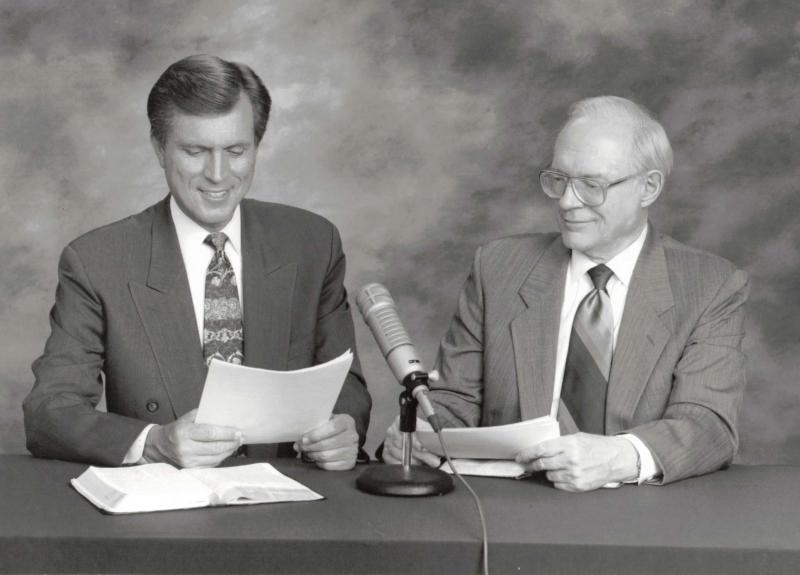 Melashenko pictured with Kenneth Richards, who served as associate speaker of the Voice of Prophecy from 1986 through 1993 and was the son of VOP founder H.M.S. Richards. Photo courtesy of Voice of Prophecy.

Over a long career, Melashenko also reached audiences as the host for a variety of shows and evangelistic series, as the anchor for the 1995 General Conference Session, as the Vice-President for Spiritual Services and Missions for Kettering Health Network, as the narrator for the Clear World Bible (a project that took four years to complete), and as a speaker for evangelistic meetings across the world from Russia to Guam to the Philippines, Australia, Cuba—and almost everywhere in between.

These days, Melashenko’s schedule isn’t so different from his days as a broadcaster.

“People say, ‘Lonnie, you’re retired. Why are you doing this?’ But I remember the words of H.M.S. Richards… ‘Retirement? The word Retirement is not in the Bible. Jesus said we must occupy ‘til I come,’ so I’m charged up to be able to do something like this.”

This is ‘Hope Talks’, Melashenko’s latest project. What began as a conversation between Melashenko and Hope Channel president Derek Morris in 2020 has blossomed over the last year—not unlike Melashenko blossoming from a timid child into a renowned orator.

With the world in turmoil during the COVID-19 pandemic, Melashenko felt the same draw that had called him to ‘It Is Written’, ‘Voice of Prophecy’, and his many church appointments. “Ever since Covid began… the Holy Spirit has been reminding me, ‘Lon, no one knows how much time they have left and you’ve been given a gift to communicate the Good News—a gift God is going to hold you responsible for. Why don’t you use that in a legacy project?’” he says.

Due to the pandemic and Hope Channel’s studios being closed, a Hope Channel crew flew to Melashenko’s home in Phoenix to create a small studio with lighting, two cameras, and two teleprompters. 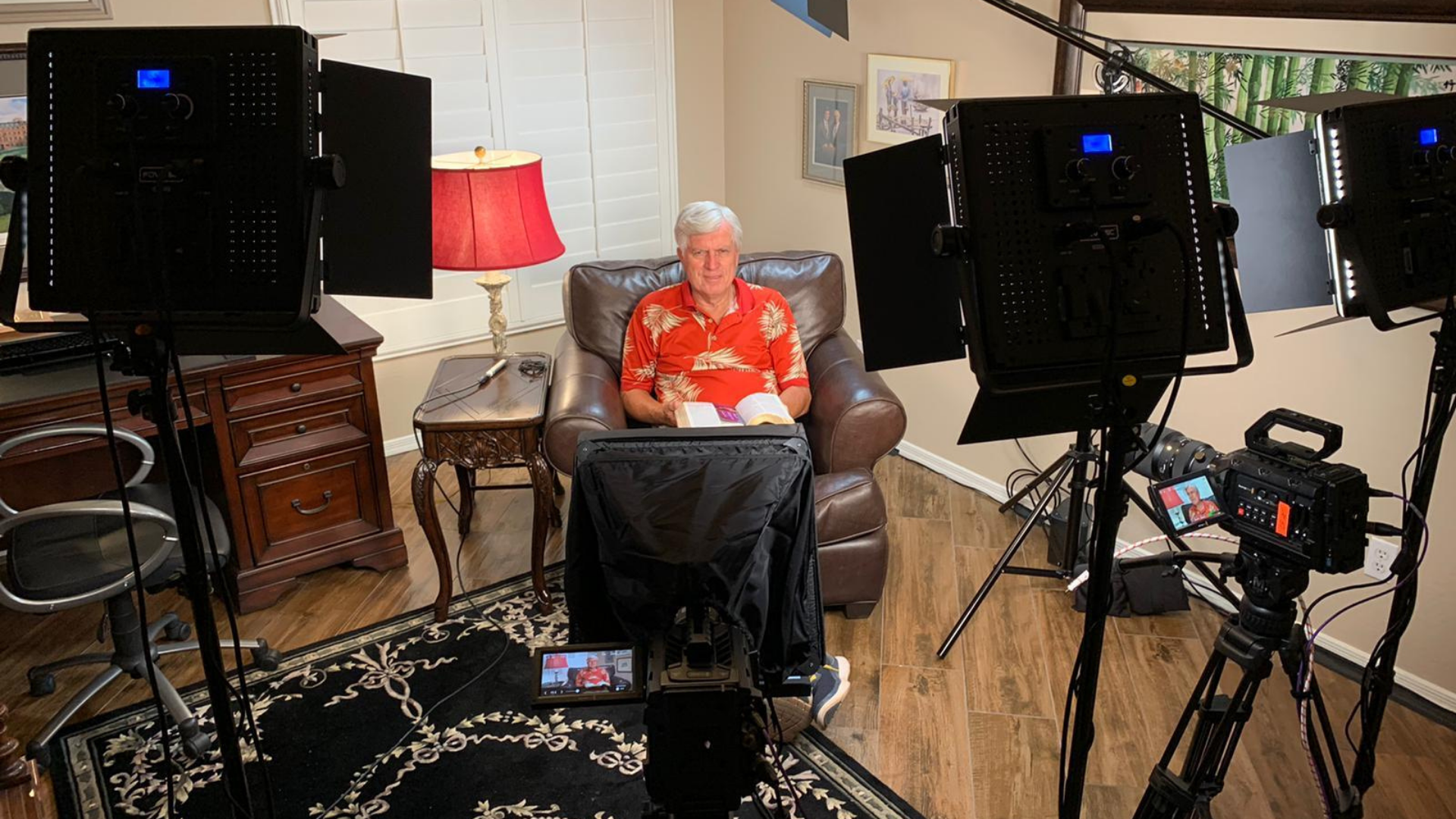 The Melashenko’s home was temporarily transformed into a small studio, complete with lights, cameras, and teleprompters.

He and Jeannie get up early every Tuesday morning for filming—she gets the equipment ready, he does some last minute rewrites. Then Melashenko relaxes in an upholstered chair, wearing a casual shirt (no necktie), and talks to the cameras while Jeannie handles the technical aspects. Together, they produce 10 to 12 shows per week. Back in Silver Spring, MD, Hope Channel staff is online editing the footage and adding graphics and Scripture quotations in preparation for the broadcast.

“Oh, and Jeannie tracks my wardrobe for each episode, coaches me on my posture, and does my makeup,” Melashenko adds.

Melashenko describes ‘Hope Talks’ as a 365-day devotional video series similar to old-fashioned ‘Morning Watch’ books of daily devotionals—but on video. “I pray that viewers will take these 10- to 15-minute devotionals and be challenged to take a bigger, more personal step in their spiritual journey for a changed life in Jesus,” he says.

And after so many years of not being shy anymore—that is, with thousands of scripts and more than 25 books to his credit—Melashenko has nearly limitless material at his disposal to re-work into new television devotionals.

As of June 8, the Melashenkos had taped their 365th show in this 365-episode series. They estimate it’s going to take the rest of the year to finish editing and post-production for the project. The series launched on YouTube on January 4, 2021, and already gained more than 35,000 views as of mid-May.

Though shy as a child, Melashenko certainly hasn’t been for the last 50 years of successful global evangelistic ministry. Through it all, one of his favorite messages is that God is able to forgive all sins, even those that are not known, not spoken, and not committed. “It is still amazing to me,” Melashenko confesses.

“We need to be grateful for the wonderful plan of salvation regardless of who we are, what we’ve done, or what we’ve thought. [God] invites us to turn it over to Him and He forgives and forgets our sins. As a result, we need to forgive ourselves. That’s one of the most precious truths of the Bible that people need to know. There is help and hope for everyone through God’s covenant with humanity.  Jesus says, ‘I’ll take care of it, you just put your hand in Mine.’” 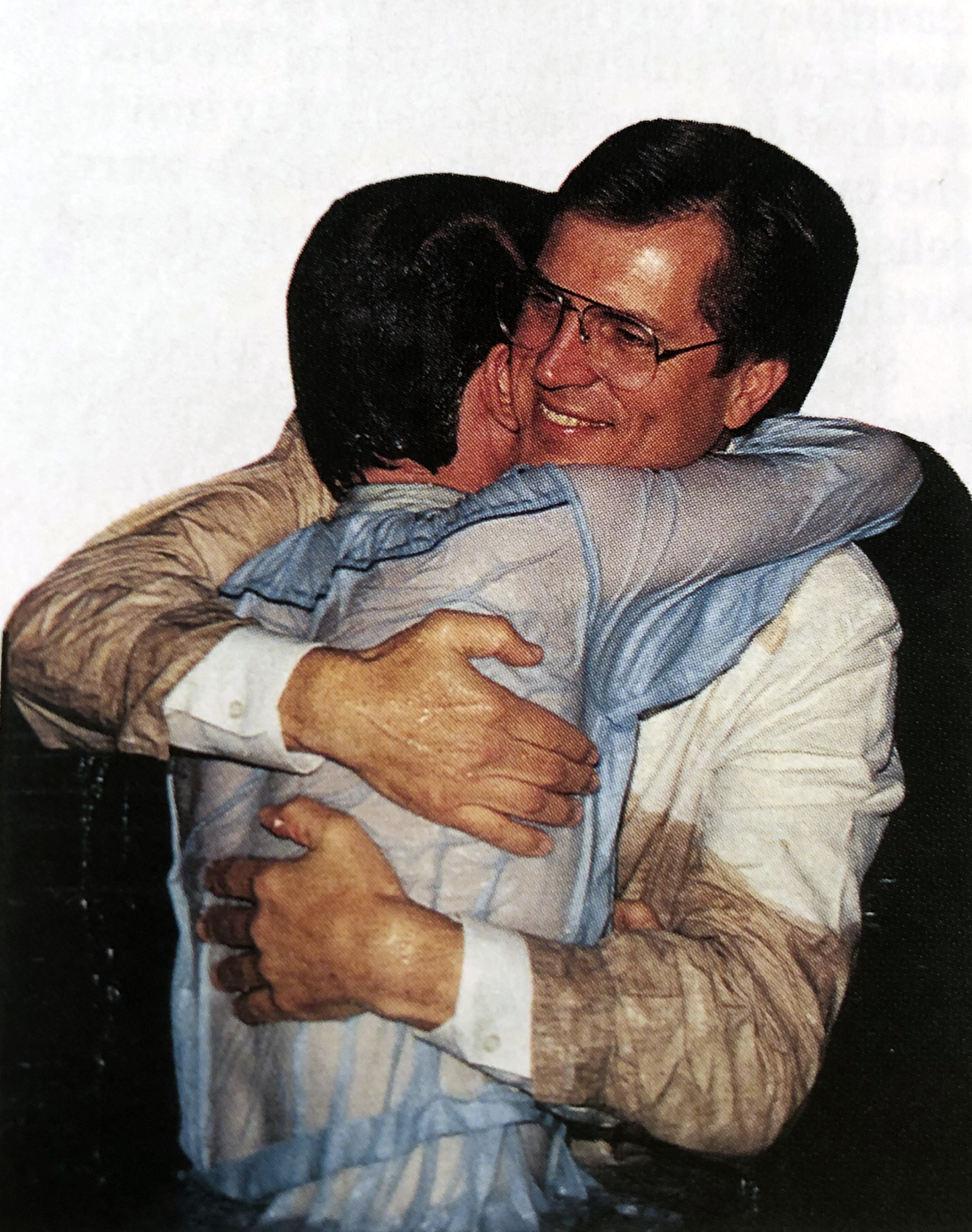 Melashenko and a young man he baptized in Boryslav, Ukraine. Photo courtesy of Lonnie Melashenko.

The Seventh-day Adventist Church was known from its earliest days for its communication and publishing work. Melashenko sees ‘Hope Talks’ as simply part of God’s continuous calling on His people to use all available media to reach every nation, tribe, tongue, and people.

Melashenko and Jeannie often wonder what it might be like to meet people in heaven who may have stumbled across their videos. “We will be so happy if this is something we can leave behind as a legacy to bless others,” he says. “I’m excited ‘Hope Talks’ can reach viewers on many of Hope TV’s various channels, YouTube, and other outlets all around the planet.”

Melashenko prays that his work, both new and old, challenges audiences as well as giving them assurance. After all, that’s what has been the driving force behind his continuing ministry, and what lies at the very heart of his show—Hope.

This article includes excerpts, used by permission, from stories in Pacific Union Recorder, HopeTV.org, and HopeLink, the magazine of Hope Channel International, Inc. 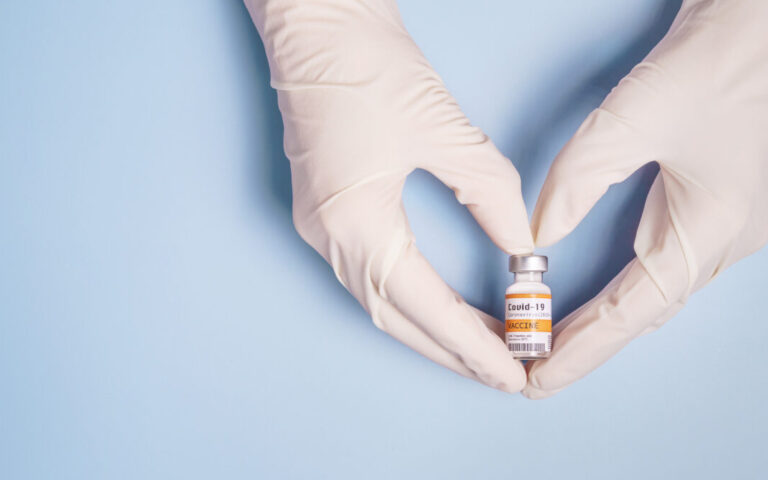 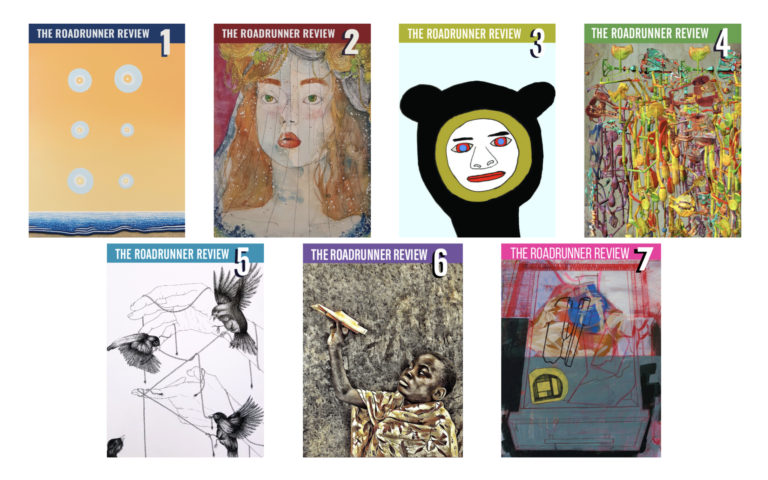 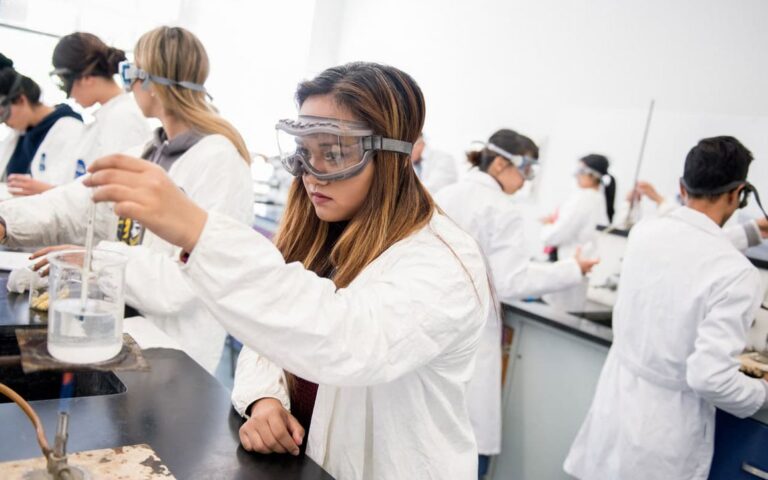 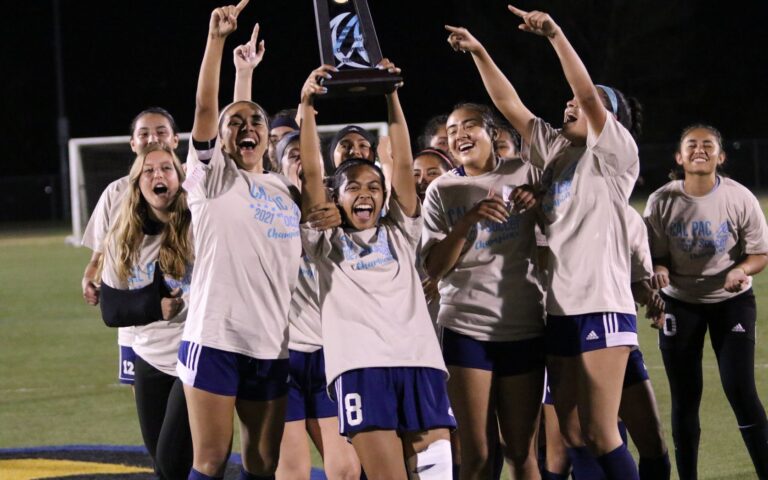 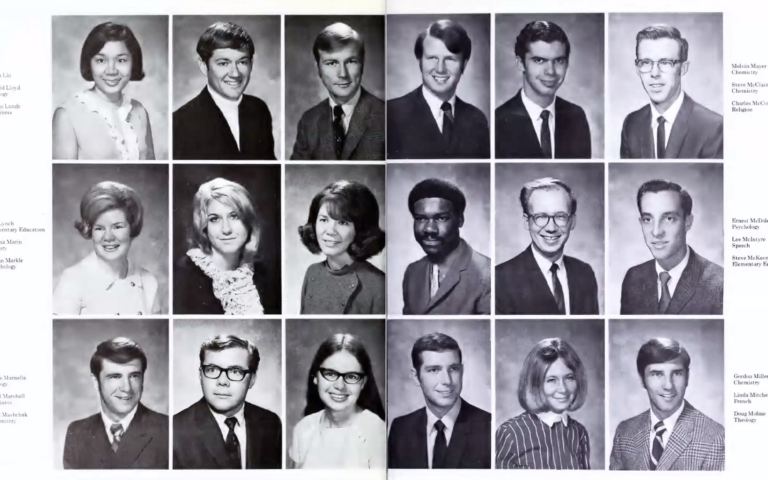 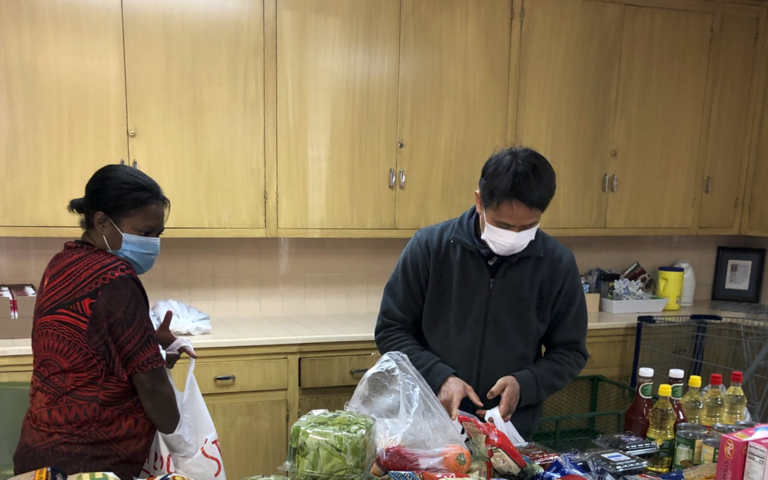 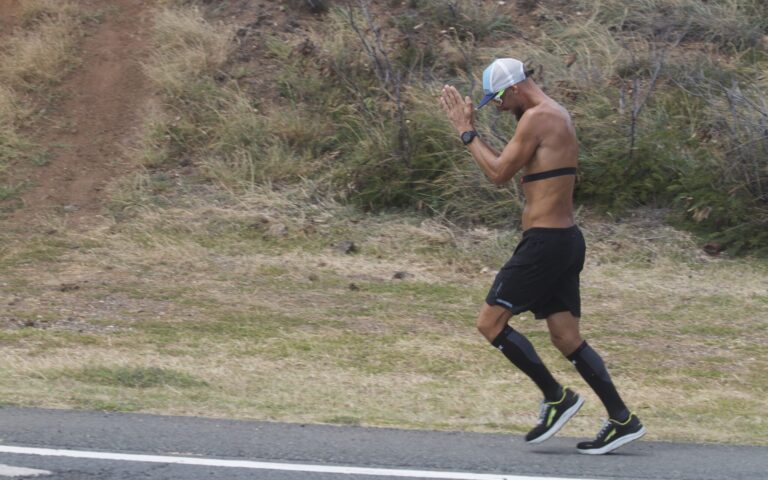 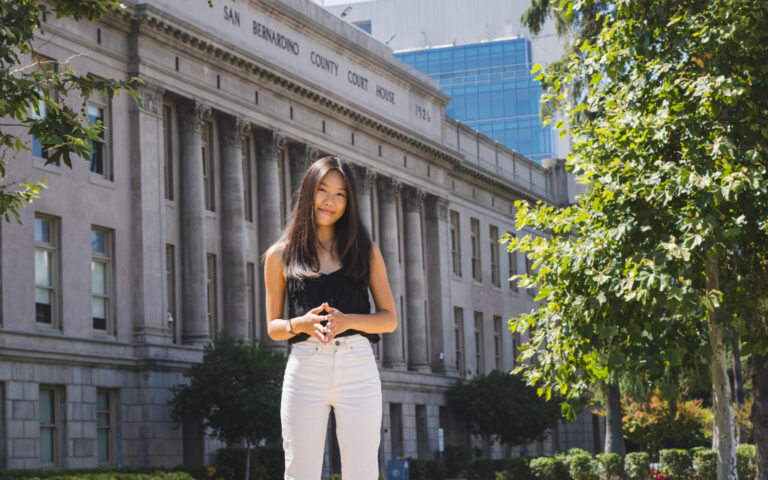 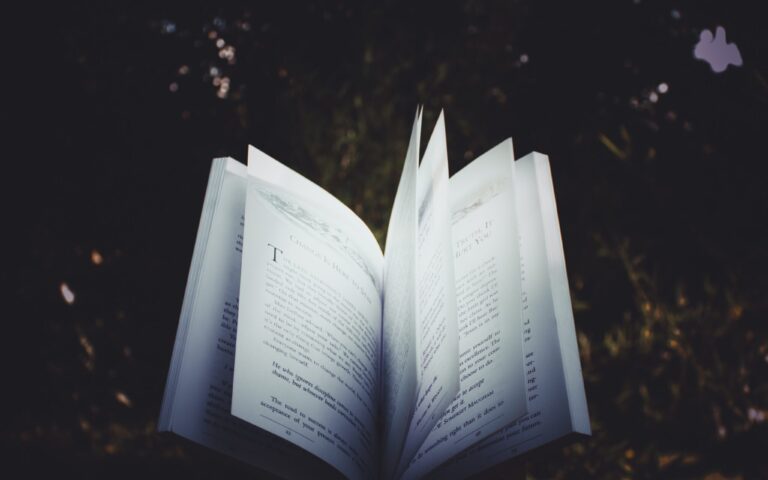 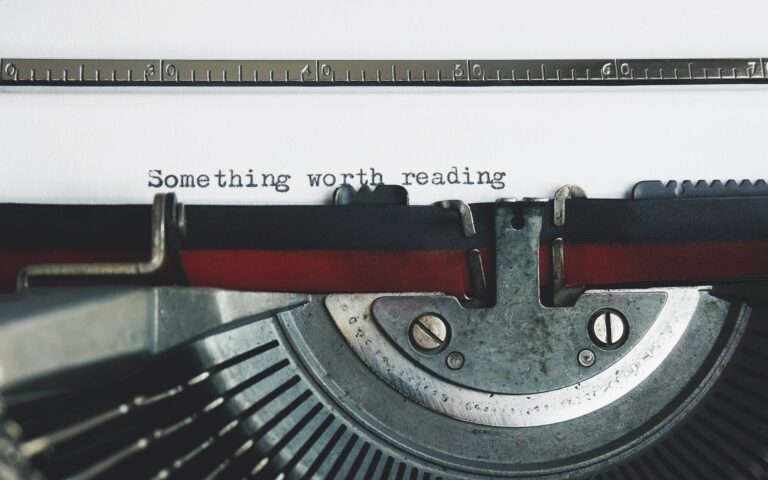